A week of training with gender data users and producers

The Equality Insights team delivered gender data training in Solomon Islands, alongside SPC (Pacific Community), the United Nations (UN) Statistical Institute for Asia and the Pacific (UN SIAP), and UN Women Asia and the Pacific, in October 2022. The focus of the training was on producing and using gender statistics to promote equality.

The Solomon Islands government has continued to enhance the availability and use of gender data, and this training sought to build on these efforts. The five-day workshop was designed to strengthen the capacity of statisticians, representatives from the Ministry of Women, gender equality focal points in various government ministries, as well as women’s rights organisations and wider civil society. 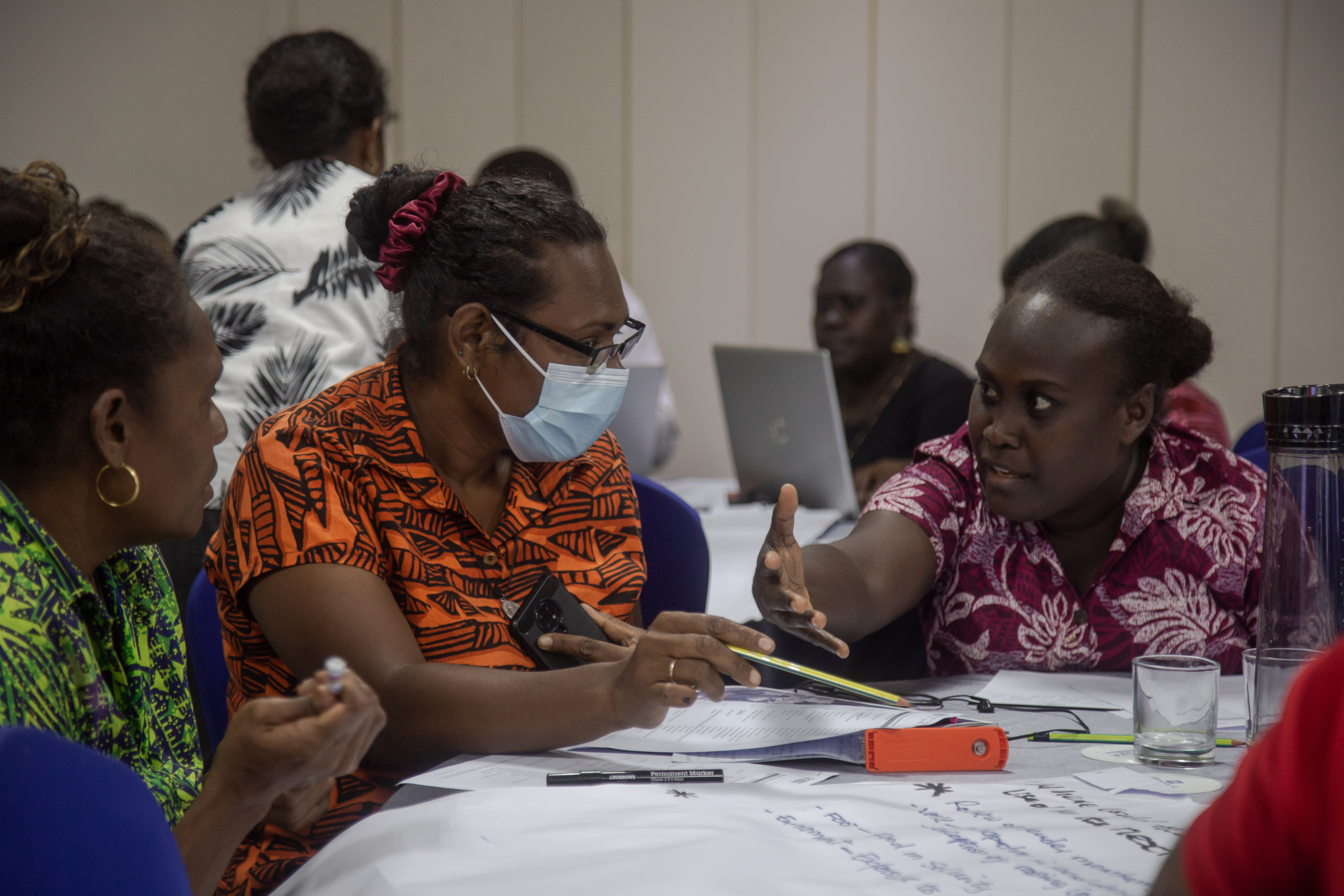 During the training, participants explored how to use Equality Insights data in their work, including policy and advocacy activities. This included data and insights from a recent phone-based survey that we rolled out between late May and August in Solomon Islands called Equality Insights Rapid. Presenting on the links between gender and poverty, these sessions also drew on a second study that Equality Insights conducted in Solomon Islands in 2020, which similarly involved collecting gender-sensitive data about multidimensional poverty and inequality in two provinces.

“Gender data is a very useful learning instrument learnt during the training. It was useful in the sense that to make decisions or policies, undertaking should be fair in the ministries. Men and women should be fairly addressed and considered all levels of participation.” – Training Participant
Participants who attended the training had a range of professional backgrounds from both the public sector and civil society, including the National Statistics Office; the Ministry of Women Youth Children and Family Affairs; the Ministry of Education and Human Resource Development; the Ministry of Justice and Legal Affairs; and the Ministry of Environment, Climate Change, Disaster Management and Meteorology among others. Gender equality advocates and project officers from a range of civil society organisation were also present including Dignity Pasifik, Family Support Centre, Guadalcanal Council of Women, Oxfam in the Pacific, Solomon Islands National Council of Women, West ‘Are’Are Rokotanikeni Association, and Women’s Rights Action Movement. 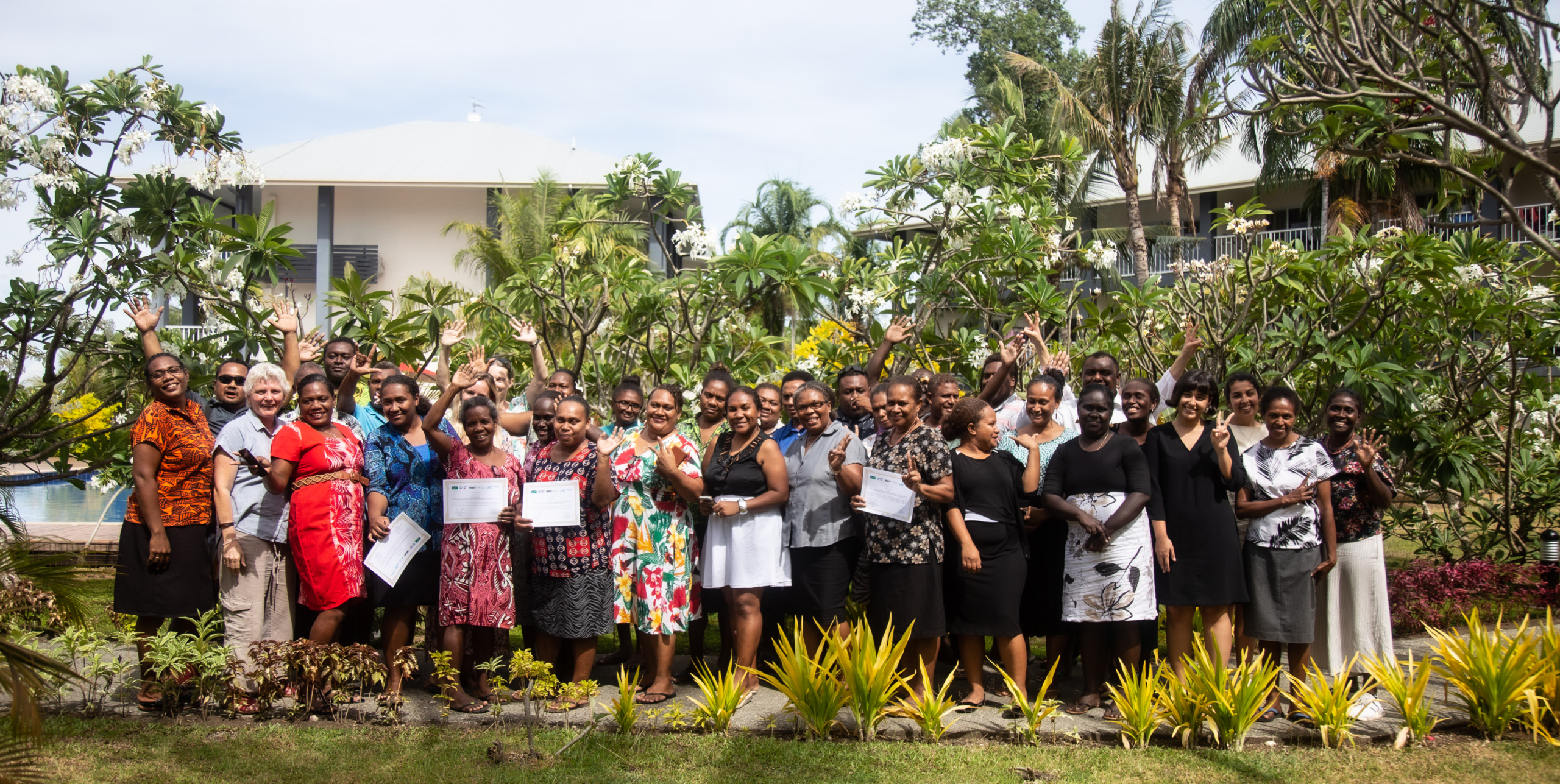 By bringing data producers and data users together, the training presented an opportunity to strengthen collaboration between sectors and ministries. It supported the uptake and use of gender data for various purposes, including ongoing monitoring of the Sustainable Development Goals (SDGs) as well as the implementation of the Pacific Roadmap on Gender Statistics – the guiding framework to support the National Statistical Systems across the Pacific to generate quality, relevant, and timely gender data that meets users’ needs to advance gender equality.

“I believe its important to implement all these information in each ministries. This is what I will do.” – Training Participant

Halfway into the implementation of the Sustainable Development Goals (SGDs), and with less than 8 years to meet the 2030 target, the availability of gender data remains limited. While there have been recent improvements, globally only 47 percent of the data needed to monitor SDG 5 on gender equality and women’s empowerment is available. Yet, gender data remains a necessary and powerful tool for achieving all 17 SDGs. The need for quality gender data remains as strong as ever.

Gender data holds the immense power to enact transformative change. We are pleased to be able to support gender data producers and users in their efforts to create more just, equitable, and sustainable future for all. We look forward to delivering the next round of training in Tonga in early 2023.