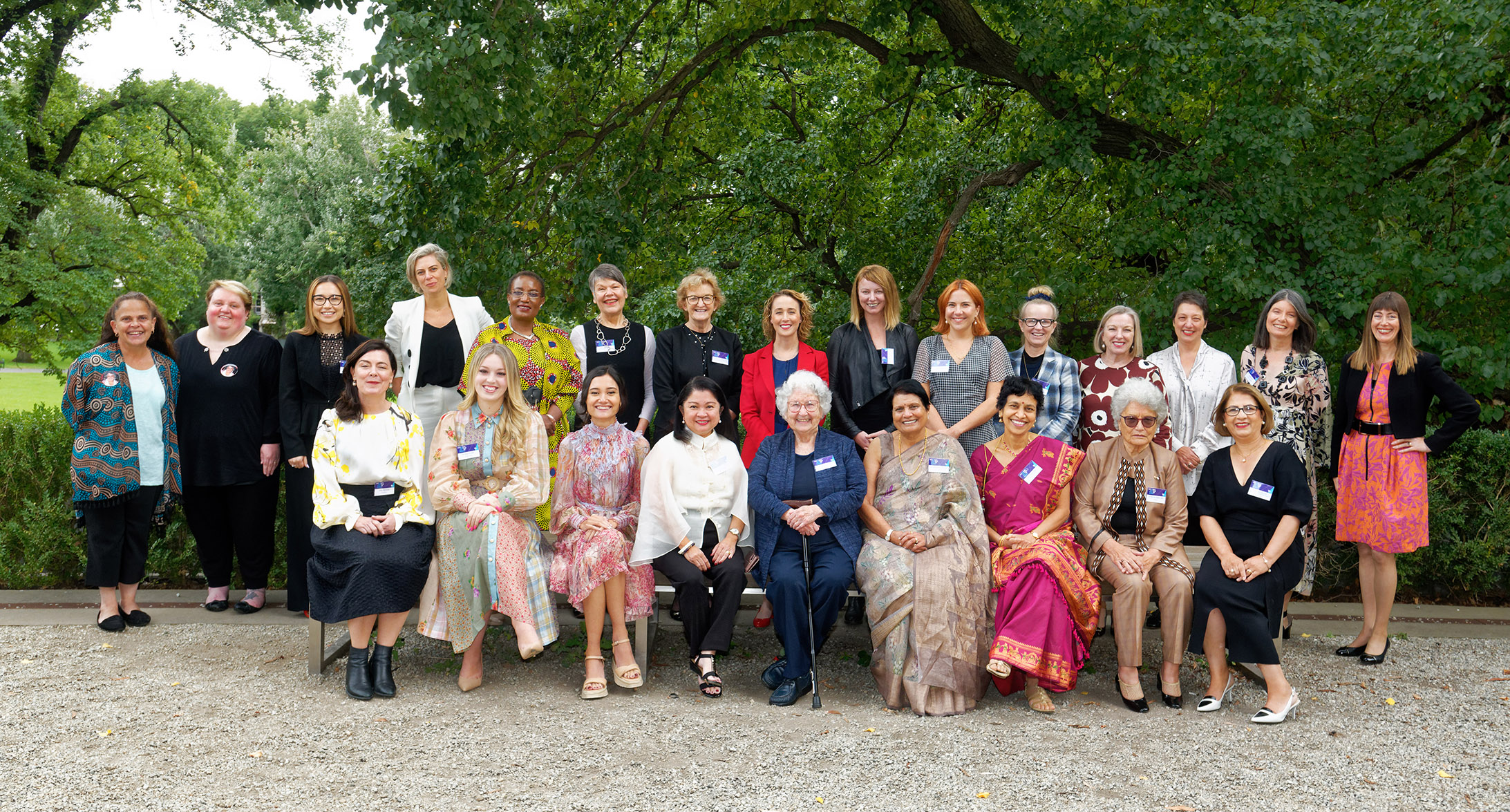 We are proud to announce that Jo Crawford, Equality Insight’s Strategic Advisor, has been inducted into the Victorian Honour Roll of Women. Recently, Jo joined a remarkable group of women at an event hosted by Minister for Women Gabrielle Williams MP, to celebrate the 23 new inductees into the Victorian Honour Roll of Women. Jo was recognised for her outstanding and sustained contributions to gender equality, sustainable development, and inclusive poverty measurement.

With a career spanning more than 35 years in government, civil society and academia, Jo has made invaluable contributions to research and analysis, policy and practice, and activism and advocacy, with a focus on gender equality and women’s rights – an impressive track record!

The Victorian Honour Roll of Women recognises Victorian women who have demonstrated remarkable leadership and excellence in their field of expertise. Jo was recognised in the ‘Change Agent’ category. She also received the ‘Outstanding Contribution to the Sector Award’ in November 2021 from the Australian Council for International Development in recognition of her substantial and sustained contribution to the Australian non-government aid and development sector and to research for development. 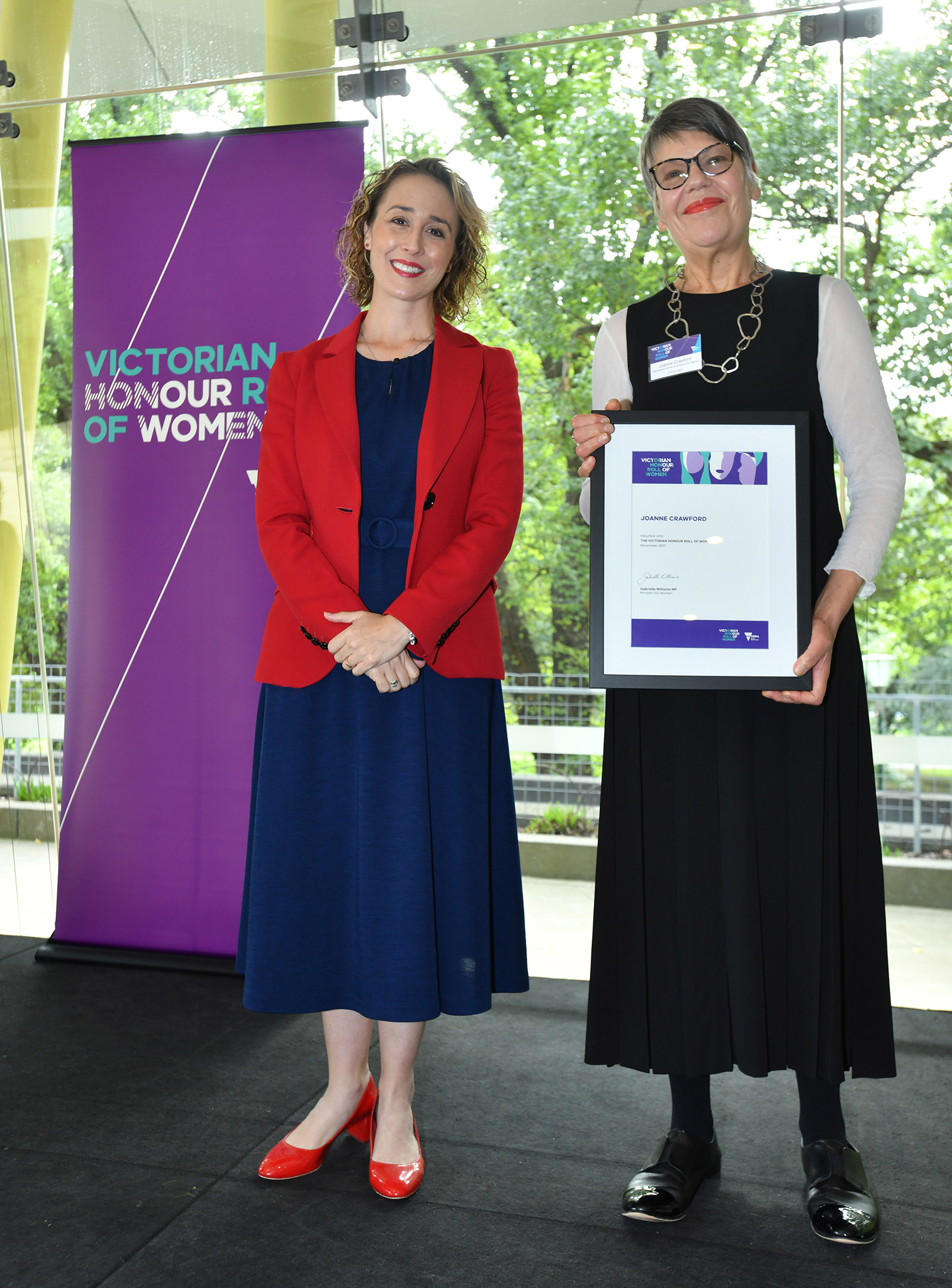 Perhaps Jo’s most important impact has been on the measurement and visibility of gendered poverty and inequality. She has played key roles in IWDA’s contributions to develop and refine a ground-breaking gender-sensitive measure of multidimensional poverty and inequality, Equality Insights, which was previously known as the Individual Deprivation Measure.

We caught up recently with Jo to chat about inclusive poverty measurement, the power of gender data, how she became involved in this work, and what motivates her.

How did you become involved with gender-sensitive poverty measurement?

Jo: I have been involved with Equality Insights since the very beginning, in 2008. I was part of the team that put together the successful Australian Research Council Linkage Grant proposal, to develop a new measure of poverty that was ‘just and justifiable and capable of revealing gender disparity where it exists’. But actually, the story starts some years before this. IWDA’s focus on what needs to be measured to understand the nature of inequalities and who experiences them, dates back to at least 2002, when IWDA began work on a regional Symposium on the challenges and opportunities associated with gender mainstreaming. Our concern was to address ‘the wide and virtually universal gap between policy commitments and implementation’ and identify ways forward.

This was followed in 2006 by a measurement-focused symposium to identify effective, agreed, workable indicators of progress on gender equality. This work, and personal relationships established when I was Director of the Governance Group at the Australian Agency for International Development, created the opportunity for IWDA to join an international research collaboration to develop a new measure of poverty that would enable gender-sensitive measurement. I secured support from IWDA’s Board for the organisation’s largest ever commitment of community-raised funds to a single initiative, and split my time between IWDA and the research project for three years. I mobilised voluntary resources to finalise the research report, secured high profile launches of the measure, in Australia in 2014 and with the Australian Government at the United Nations Commission on the Status of Women in 2015. I then secured Australian Government support for IWDA to collaborate with the Fiji Bureau of Statistics on the first post-research use of the new measure, and co-authored the report on its results. I’ve had this work as my major focus since, in the next phase of refining and using what was then known as the Individual Deprivation Measure, and now as Equality Insights. I remain as energised as ever as we work to change how poverty is understood and measured, and shift standards about what counts as adequate data.

What do these awards mean to you?

Jo: It is hugely validating to have your work and commitment publicly acknowledged. And it was so lovely to have all kinds of people taking the opportunity to comment and congratulate. But perhaps what feels most meaningful is the recognition of the kind of work I have been involved in over the last 30+ years. Gender inequality is rooted deep in systems, structures, institutions and norms, in ways that are invisible to many—part of the background canvas of life, the way things are done. Change in this context is typically iterative and cumulative. It requires sustained, consistent, often detailed work, making the most of even imperfect opportunities, pushing thinking, proposing policy and practice changes to move from where we are to something better. Building the networks and collaborations that make action feel possible. Supporting and enabling others to enact change. Working to prevent regressive steps. We do this kind of work with others. These awards recognise the importance of feminist, persistent, collective leadership for realising change, the individual commitment driving it forward, and the role of civil society, academic institutions and governments in providing a framework for individual contributions.

What is the impact of having gender-sensitive data broadly? Why is it important for gender equality advocates, women’s rights organisations and feminist movements to be equipped with gender data?

Jo: I think it helps to start with the problems that arise from the absence of gender-sensitive data, as this is commonplace. Without gender sensitive data, your insight into problems and possibilities is partial. For policy makers and advocates alike, this makes it harder to see the specific issues and barriers that perpetuate gendered and other inequalities, and constrain the lives, rights and contributions of individuals. This has flow on impacts on families, communities, economies and societies. If who experiences which problems to what extent is masked or invisible, it is harder to realise global, regional and national commitments to achieve gender equality.

With such data, policy makers and advocates are enabled and empowered with evidence to support more targeted, effective, action.  More specifically, having gender-sensitive data—data about specific circumstances, barriers and opportunities associated with gender—rather than just about aspects of life that women, men and gender-diverse people have in common, expands your field of view. It brings your attention to different things.

For example, in relation to poverty, dominant approaches have measured poverty as though it is primarily a financial problem, that can be fixed by more money in the hands of an individual. Or understood by measuring a narrow range of dimensions of life that women and men have in common, at the household level. Yet scholarship and lived experience confirm that many areas of life are deeply shaped by gender and need to change to overcome gendered poverty. Such factors need to be part of how poverty is measured if we are to understand and reduce gendered poverty and inequality.

Gender-sensitive measurement that generates gender-sensitive data is essential for understanding our world, tackling the multiple challenges we face and enabling individuals to thrive and contribute. Gender-sensitive data should be standard, non-controversial. Part of what we look for to be confident that we have adequate evidence to enable effective action. In that sense, it matters for all of us. But it is particularly valuable for gender equality advocates, feminist movements and women’s rights organisations, because it provides evidence of the nature, scope and scale of what needs to change to realise gender equality.

What have you most enjoyed about working in the gender data space? What has been the most challenging aspect?

Collaborating with smart, generous, committed colleagues. Learning every day. And the interplay between conceptual, technical, normative and politically-informed thinking that this work requires.

What are your favourite gender data reads (or resources)?

Jo: At risk of prompting a ‘you would say that’ response, I will name a couple of reads that relate directly to Equality Insights. They were published a while ago now, so will be new to some. And they speak to the foundational work of good gender data—determining what it is critical to measure in order to understand and transform gendered inequalities, particularly those experienced by especially disadvantaged, marginalised and poor people.

Sylvia Chant’s 2006 article ‘Re-thinking the ‘‘Feminization of Poverty’’ in Relation to Aggregate Gender Indices’. I had the enormous privilege of working alongside Sylvia Chant as we conceptualised the research that underpins Equality Insights. This article highlights the lack of evidence behind claims of the feminisation of poverty, given the way poverty is measured. Chant urges a focus on ‘the feminization of responsibility and obligation’ and attention to women’s time burden in understanding poverty and inequality. Her framing of the ‘increasing disarticulation between investments/responsibilities and rewards/rights’ is powerful and compelling, and influenced our inclusion of time use, unpaid work and voice as aspects of multidimensional deprivation.

The report documenting the initial research that underpins Equality Insights is a foundational read. The writing was led by the fabulous Scott Wisor, it reflects the perspectives and priorities of thousands of women and men with lived experience of poverty, the conceptual and categorical clarity and rigour of super philosophers, and the focus, sensitivities and experiences of feminist advocates. While a longer read, it is very accessible.

Jo: Feminist civil society organisations play a critical role in accelerating change. They bring a focus and long-term commitment that helps create conditions that enable others to move earlier, faster and further than they would otherwise. Change is often the outcome of cumulative efforts over time. You never know exactly what the tipping point will be. So it is all the more important to work on what matters, with integrity, with others, to enlarge the sense of possibilities, build a conducive environment, and be ready with solutions at the point there is appetite for them. 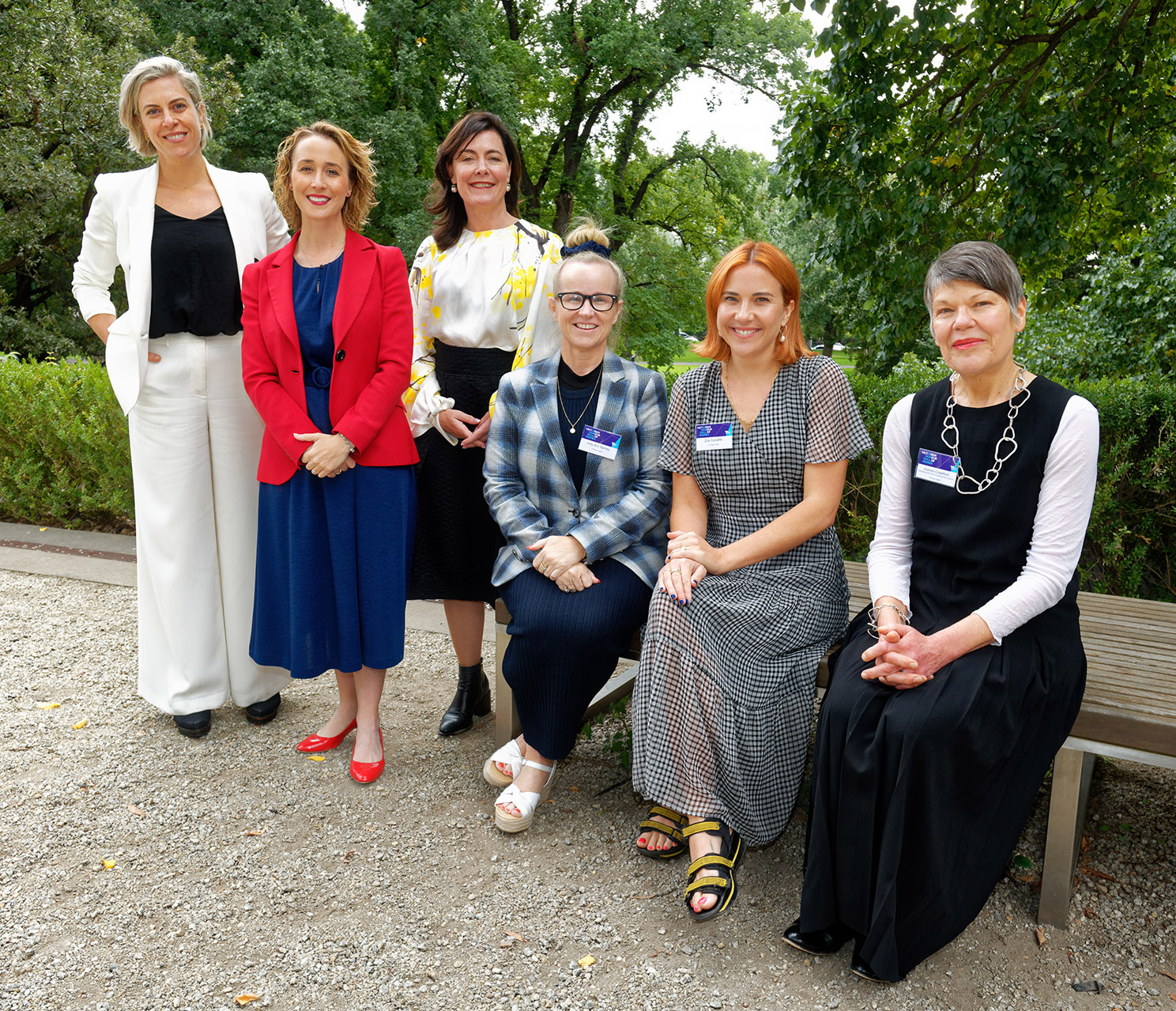 2021 inductees in the Change Agent category